I just finished this exterior 3d Architecture scene. Inspiration for the building came from archdaily.com . Unfortunately it´s impossible to exactly photomatch a 3d virtual camera from the majority of good looking professional architectural photography since those images are almost always heavily changed in postwork to remove lines that are not straight. Such imagery cannot be calculated in 3d software to match a camera and then model the geometry from the photo.
So for this scene i just estimated most measures but there were also some photos available that show the plans.

All the modelling was done in Sketchup. I also did a rough outlay of the terrain in Sketchup. The scene setup was then done in 3ds Max and rendered with Vray.
First i had planned to make a summer scene but at some point i decided to turn it into a gloomy wintery scene, as Halloween is approaching now.
I did quite a lot of postwork in Photoshop. The second image shows the raw renderoutput from Vray. 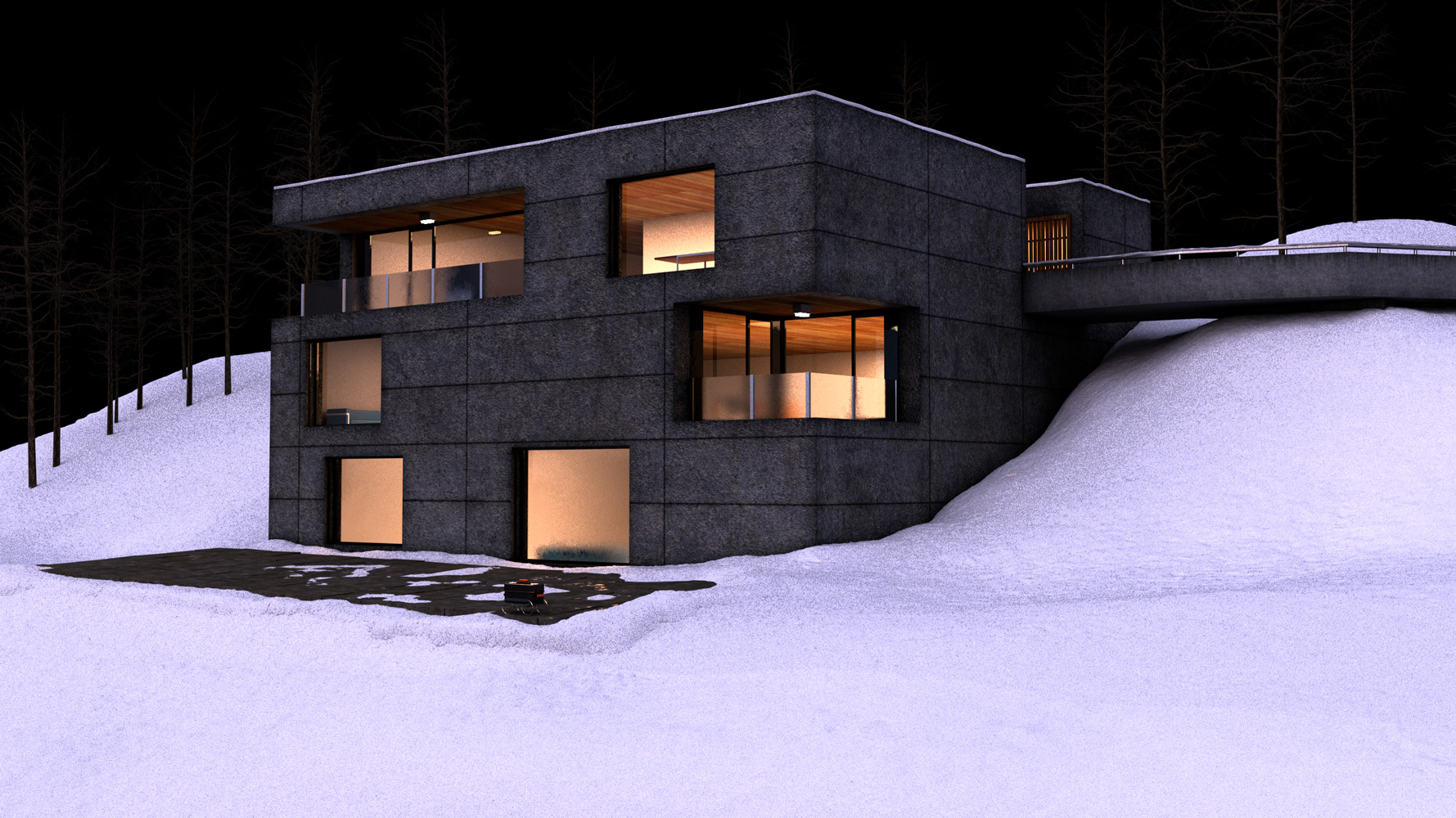